What is an MVNO?

MVNO stands for "Mobile Virtual Network Operator,"  and being virtual, an MVNO does not own or have its own wireless infrastructure (network towers). Instead, they buy wholesale minutes, data, and text from major carriers such as Verizon, T-mobile, and AT&T, etc to resell to you under their own brand names. So in the simplest of terms possible, an MVNO is simply a third-party provider that grants its customers access to one of the Big 3 carrier networks. Mint Mobile below is one such example of an MVNO.
Talk
Text
Data
Price
Mint Mobile Monthly 3GB
Promoted 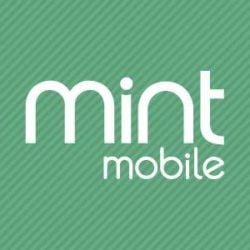 Almost all prepaid cell phone plans and providers are offered through an MVNO. Some even offer postpaid services.

The following table lists the known number of MVNO subscribers from various wireless brands that have publicly stated them at one time or another. It excludes carrier-owned prepaid brands.

Why Are MVNO's So Cheap?

So now the question for you becomes, why are these MVNO's so much cheaper than the BIG 3 themselves? Well, if you've followed along you can see for starters they don't have any infrastructure to maintain. That is the responsibility of the BIG 3. Another reason is that when you sign up to get a new phone and contract with one of the BIG 3, they hide the cost of that new phone in your monthly bill (previously T-mobile was the only exception, but now all carriers are more transparent through their offerings of no contract cell phones with monthly "installment" plans). That "free phone" you think you are getting may actually cost the BIG 3 $250 to purchase, so that cost gets passed on to you over the course of your contract with them. Often they are charging you much more for the phone than they actually paid for it so it's cheaper for you to buy the phone from a website such as eBay or Amazon and to sign up with a prepaid provider. The third reason why prepaid is cheaper is that major carriers typically don't share their roaming agreements with their MVNO's. What you might not know is that in some areas where a carrier like T-Mobile doesn't have it's own cell phone towers and coverage, T-Mobile pays another carrier so that its customers can "roam" and use its network for coverage. Since most MVNO's don't have roaming privelages, coverage with MVNO's generally isn't as good as it would be if you were a postpaid subscriber on a major wireless network. If you are interested in finding out more about MVNOs and finding one that can help save you money, you may want to start by exploring the MVNO list below or by using the BestMVNO wireless phone plan comparison tool.
This MVNO list contains all the major wireless providers and resellers in the USA. Subscribing to the right MVNO can save you a lot of money on your phone bill. There are dozens upon dozens of MVNOs and resellers in the USA. BestMVNO tries to focus on the larger and what are hopefully more stable brands. See also: MVNO comparison lists of the best Verizon MVNO's, best AT&T MVNO's, and best T-Mobile MVNO's.