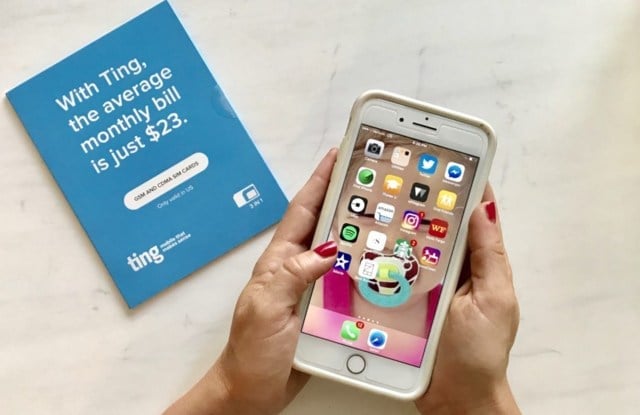 In this guide, I will explain everything you need to know about Ting before you subscribe. I want you to learn the ins and outs of Ting so that you can make an informed decision on if this is the best place for you to spend your hard earned cash.

Ting At A Glance

A Summary Of Ting Phone Plans

Ting Mobile founded in 2012. It is a wholly owned subsidiary of publicly traded Tucows INC.  At launch, service was provided exclusively on the Sprint network. Since 2015 it has also partnered with T-Mobile.  In February of 2020, the company officially added Verizon as a 3rd network partner.  Customers with multiple devices can use them on either of the networks within the same account, however each device can only be exclusively used on one network or the other.

Just one year after launch, Ting Mobile got rid of monthly prepaid plans in favor of what it calls “rates.” It has remained that way ever since.

Through the rate model, Ting has effectively become a postpaid provider with a big twist. Customers don’t actually choose a phone plan.

A few sample plans were listed in the table above.  A full breakdown of Ting’s “rates” is below.

Another example of how Ting’s rates work is like this:

If at the end of your billing cycle you only used 57 minutes, 700 texts, and 350 MB of data, your phone bill would cost you $3 for the minutes, $5 for the text messages and $10 for the data plus a $6 line charge.  The next month you may pay something different depending on how much of each service feature that you use.

Update: Ting has for the most part gotten rid of its pay per use plans and now operates more like a traditional provider. You can read all about how Ting’s new plans work here.

Any phone that is compatible with Sprint’s network that is out of contract and paid off in full should work just fine with Ting.

Any phone compatible with T-Mobile or Verizon that is paid off in full and has no contractual commitments will also work.  Most AT&T branded devices are compatible as long as they have been unlocked.  Universally unlocked phones from manufacturers such as Motorola and Samsung are also suitable for use with Ting Mobile.

Since Ting technically does not sell plans, there are no retail stores to purchase plans from. You can however pick up a SIM card either directly from Ting or online through Amazon among other places.

Customer support is available over the phone, through email and through community forms.

Support is available over the phone during the following days and hours: