In this guide, I will explain everything you need to know about Straight Talk before you subscribe. I want you to learn the ins and outs of Straight Talk so that you can make an informed decision on if this is the best place for you to spend your hard earned cash.


Sorry, BestMVNO could not find any deals on a phone plan from Straight Talk at this time

Straight Talk At A Glance

Straight Talk Wireless was launched in 2009. It is one of several brands owned by Carlos Slim, founder of América Móvil, a Mexican telecommunications corporation. América Móvil is also the company behind TracFone and all of Tracfone’s associated brands which also include Walmart Family Mobile, Total Wireless, and Simple Mobile among others. Straight Talk is the largest of the brands closing in on 10 million subscribers.

In September of 2020, Verizon announced that it agreed to purchase Tracfone and all of its related brands from América Móvil for up to $6.9 billion. The deal isn’t expected to close until the latter half of 2021 barring regulatory approval.

The absolute cheapest Straight Talk base phone plan costs $30/month. Customers on the plan get unlimited texts, 1500 minutes, and 100MB of hard capped data. That means data shuts off once a customer consumes 100MB of data in a billing cycle. Subscribers that enable auto-refill on their accounts get 50% more data, 150MB total, to use each month. Customers interested in this plan would be better served to take a hard look elsewhere as there are better values available. For instance, Straight Talk’s sister brand, Total Wireless, offers a $25 plan ($23.75 with auto-refill) that includes unlimited talk, text, and data with the first 1GB of data each month available at high-speeds. Like Straight Talk, Total Wireless also uses Verizon’s network for coverage.

Straight Talk’s other five base phone plans are priced as follows:

Straight Talk Wireless does not offer true group discount family plans. However, a 2-line plan is available for $90/month. The 2-line plan comes with all the same features as Straight Talk’s single line $55 plan. It includes:

With the exception of the 2-line plan, Straight Talk customers cannot manage multiple lines under one account.

Be Aware, Unlimited Is NOT Unlimited!

What Plan Features Are Supported By Straight Talk Wireless

Straight Talk’s phone plans support a variety of features, but some features may be limited to specific plans. Depending on their plan, Straight Talk customers may have access to the following at no extra charge:

If you run out of high-speed data during a billing cycle, you can always add more. Straight Talk has two data add-ons available:

Unused add-on data does rollover to the next billing cycle.

Straight Talk provides cellular service through all 3 major wireless providers in the USA which include AT&T, T-Mobile, and Verizon. Coverage on the legacy Sprint network is also still provided but may end by mid-2021.

In general, customers should expect data speeds on Straight Talk to be comparable to that of the underlying network’s. So if a subscriber has Straight Talk using Verizon’s network, data speeds will be similar to what they would be if the subscriber was a Verizon Wireless customer. Of course, there are exceptions to this.

Customers that live in an area where the underlying network is under constant duress will experience slower data speeds compared to if they were subscribed directly to the parent carrier network. As an example, a customer subscribed to Straight Talk using Verizon’s network may experience slower speeds during times of network congestion than they would if they had just subscribed to Verizon.

If you have a tablet, you can bring it to Straight Talk. The tablet must be compatible with either AT&T’s, T-Mobile or Verizon’s network. There are 4 available tablet plans, and they really aren’t cheap. Pricing starts at $15 for 1GB of data. The full list of data only tablet plans is below.

The tablet plans are good for 30-days of service.

Straight Talk offers its subscribers a referral and rewards program. Customers that refer friends can earn reward points. The reward points can then be used to purchase a phone plan or a new phone. The reward point system operates on a sliding scale. A subscriber that refers one friend earns 5,000 points for the referral. But if they refer 2-4 friends they earn 9,000 points per each referral. New customers that signup for Straight Talk through someone’s referral also earn rewards points.

Subscribers can also earn Straight Talk Rewards points just by renewing their plans. Points can also be earned by performing simple tasks such as playing games, answering surveys and more. The Rewards program also gives customers access to free perks and local discounts to save on dining, shopping, and entertainment. 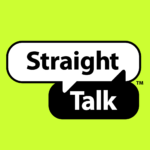 Straight Talk Wireless fully supports those that have their own device to bring to the network.  AT&T, T-Mobile, Sprint, and Verizon phones are all compatible as long as they are not under contract and have no financial obligations on them.  Universally unlocked phones from manufacturers such as Motorola and Samsung are also compatible with the network.

Straight Talk also sells all the latest high end phones such as iPhones and Samsung Galaxy devices. A selection of mid range and budget phones are also available.

Straight Talk Wireless does offer a phone trade-in program. If you are interested in getting cash for your old phone you can do that by visiting Straight Talk’s phone appraisal website. The handsets being traded-in must be in working condition. Customers that trade-in their phones will get paid by either check or PayPal.

There are two types of financing options available for customers who would like to pick up a phone from Straight Talk Wireless. There’s a financing program offered by Smartpay and one offered by Affirm. Smartpay is more of a lease-to-own program. Both financing options will require an application to be filled out.

Plans, phones and SIM cards can be purchased through the Straight Talk Wireless website or from Walmart, an exclusive retail partner of Straight Talk.

Customer support is available by online chat, over the phone and through social media.  Call center hours are as follows:


4 Leave a comment or review
Inline Feedbacks
View all comments

Do you know anything about Verizon changing their towers recently so that some (even newer) devices won’t work with Straight Talk? I purchased a new Samsung Galaxy Tab S5e (unlocked) in September and ordered the SIM Kit from Straight Talk. I was just told (by ST customer service) that this device will not longer work with ST because Verizon made changes. How does this work?

I am a straight talk customer and i buy the UNLIMITED talk, text & data plan. However, I have found that it is NOT unlimited. That is false advertising. I have also learned of past lawsuits.