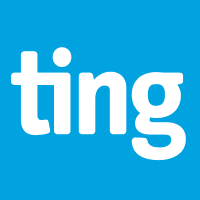 Joe Paonessa-Feb 8, 2014
Sprint MVNO Ting, has celebrated two years in the business by lowering rates on a variety of plans.  Some have changed by as much as $13, for instance the 2GB
Read More

Joe Paonessa-Jan 14, 2014
In case you missed it, popular Verizon MVNO “Page Plus Cellular” has now finally been taken over by TracFone.  What will become of their service remains to be seen.  TracFone
Read More

AT&T Wants You to Have Data For Free (Sort of)

Joe Paonessa-Jan 7, 2014
AT&T unveiled a plan today offering businesses the chance to “sponsor your data”.   When a business has an ad or app, or a new movie coming out, they’ll allow
Read More

Joe Paonessa-Jan 3, 2014
In case you missed it, Next G Mobile, a former Verizon MVNO, went offline and out of business as of 12/31/2013.  This is one of the problems of smaller less
Read More

Joe Paonessa-Dec 18, 2013
Red Pocket mobile announced today they will now offer 4G service (via T-mobile) for data only devices.  By 4G we assume they mean HSPA+ which is very fast itself, but
Read More

Joe Paonessa-Nov 25, 2013
Update: FreedomPop is now allowing a small portion of BYOD to it’s network although some users are currently experiencing activation trouble.  Some of the phones you can now activate include
Read More

Joe Paonessa-Nov 19, 2013
Sprint has decided to become even more crappy by not allowing customer’s of it’s various MVNO’s to use certain BYOSD (Bring your own Sprint Device) phones on it’s network.  Did
Read More

Joe Paonessa-Nov 6, 2013
Sprint MVNO Karma is getting ready to launch on Sprint’s LTE network.  Karma is a unique MVNO in that it’s a data only network and they allow you to share
Read More Straight Talk Gets The Verizon Version Of Galaxy S3

Joe Paonessa-Nov 4, 2013
Straight Talk Wireless, one of the only MVNOs to offer service on all 4 of the BIG 4 is now offering the Samsung Galaxy S3 in select markets as one
Read More