That shift began with T-Mobile in August of last year, with their Big Un-Carrier 12 announcement.  At that time, the company said it had intentions to consolidate all of it's Simple Choice postpaid phone plan offerings into one plan, T-Mobile One.  That meant if you wanted a postpaid phone plan with T-Mobile you would have to pony up $70/month for an unlimited 4G LTE data plan, whether you needed unlimited data or not.  Since that announcement, T-Mobile has also removed most of its prepaid phone plan offerings as well. The acclaimed $30 plan with 5 GB of 4G LTE data, 100 minutes talk, unlimited text, Binge-On and Music Freedom has been wiped off of the map.  T-Mobile now only offers 3 prepaid plans, priced at $45, $55 and $75 per month for 4 GB, 6 GB and unlimited 4G LTE data, all with unlimited talk and text.  T-Mobile's $75 prepaid plan is called "T-Mobile One Prepaid", and it is inexplicably more expensive than T-Mobile's postpaid equivalent plan.

Monkey See, Monkey Do, Other Carriers Begin To Follow Suit 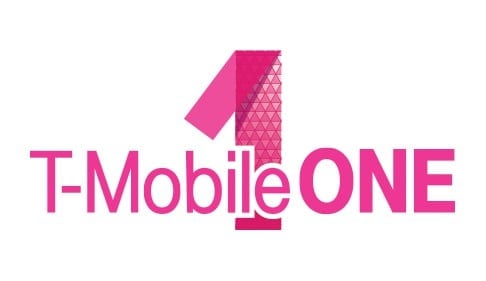 Just days after T-Mobile announced Un-Carrier 12, Sprint decided to follow suit with a promotional unlimited plan offering of their own.  Sprint, the company that has often had trouble coming up with its own original promotions, called the plan Unlimited Freedom.  With the new offering, Sprint sought to undercut T-Mobile in price by selling their unlimited plan for $50/month which was $20 cheaper in price than what T-Mobile offered.  Although Sprint still offers some phone plans that don't contain unlimited 4G LTE data, they are pretty difficult to find on the Sprint website.  In fact, head on over to Sprint now and they'll make a hard push for you to signup for an unlimited LTE data plan.

Days apart in February of this year, Verizon and AT&T changed their plans around as well.  First Verizon announced that they were bringing back unlimited 4G LTE data which surprised everyone as the carrier had always claimed that people don't want or really need it.  Since announcing the plan, Verizon has reduced the total number of phone plans that it offers.

After Verizon's announcement, AT&T had one of its own, stating that it too would now offer an unlimited 4G LTE data plan for the masses.  Prior to that announcement, AT&T required those that wanted an unlimited data plan to also be subscribed to DirecTV.  Soon thereafter, and just like T-Mobile, AT&T got rid of all its cell phone plans and reduced its offerings to just two unlimited data plans, Unlimited Choice, and Unlimited Plus.  Priced at $60 and $90/month respectively, both plans offer unlimited 4G LTE data, although the cheaper $60 Unlimited Choice plan only includes data at speeds limited to 3 Mbps.  AT&T also rearranged it's GoPhone plans to offer only 2 data containing plans, one with unlimited data priced at $60/month, and the other with 6 GB of data priced at $40/month.  Like its postpaid counterpart, the Unlimited GoPhone plan has its data speeds limited to 3 Mbps, while there is no such restriction on the $40 plan.

What Could This All Mean For The MVNO Industry? Given that the major carriers are beginning to push all in on unlimited data, I think the door may begin to open for MVNO's to be able to offer much more data with their plans at the same or lower prices than what they currently offer.  Perhaps the first evidence that this may be the case came several days ago when US Mobile announced that it was now offering 10 GB of 4G LTE data for just $32/month.  That's far and away more data than I have ever seen come with a monthly phone plan at that price point, although newly launched Mint SIM has offered a plan with equal amounts of data at that same price with the catch that service must be paid in full one year in advance to get such a rate.

Sprint's CEO Marcelo Claure has even stated that his company intends to make Sprint's prepaid arm Virgin Mobile, a disruptive brand in the coming months.  Could that entail offering more data for less as well?  At the moment the company is currently offering in some markets 5 free months of service with the purchase of a $180 phone.  The free service includes unlimited talk, text and data with the first 5 GB at LTE speeds.

According to a recent report by Cisco, just 27% of mobile subscribers in North America use more than 5 GB of wireless data in a month.  However, a report by Ericsson, suggests that by 2021, the average consumer will use over 20 GB of data per month!

Still, with where the numbers stand today, it doesn't appear that the average consumer really needs a higher priced unlimited data plan, yet consumers sure are being marketed hard to get one.  The carrier push towards only offering unlimited data plans, may have created a gap in the wireless space, which hopefully gets filled by and raises more awareness of the MVNO and prepaid wireless markets.