It's been a long time since I last put together a list of the most popular phone plans at BestMVNO.  In fact it's been over 2 years!

A lot has changed since then.  Some MVNO's have come and gone.  Many have altered their phone plans time and time again.  It will be interesting to look back and see how popular old plans compare to what's available today.

For this new list I decided to put things together a little bit different than the way I did it last time.  MVNO's aren't the only things to have changed time and time again.  This website has gone through several iterations too.  Hopefully to your enjoyment.

The most viewed plan on Verizon's network over the past 30 days comes from: Total Wireless's $35 phone plan, which costs $33.25 with auto-pay billing enabled, was the most popular plan on the Verizon network.  It's no surprise to see this plan listed.  It comes with unlimited talk and text and 5 GB of high speed data.  It was the best value around during the last month presumably because it offers more high speed data for the price than any other MVNO provider on Verizon does.

What's interesting is that this same plan made it to the list last time!  The plan was a lot different the last time though.  Although the price was the same as it is today, only 2.5 GB of data was included with the plan and the data was only at 3G speeds.  That's quite a difference!

It will be interesting to see how things shake out the next time I compile a list, given that US Mobile just released some very exciting plans that also utilize Verizon's network.

The most viewed provider plan to use AT&T's network over the last 30 days comes from: 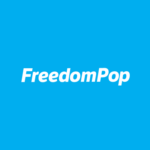 FreedomPop's GSM plan was a big hit with readers over the past month.  The plan comes with unlimited talk and text and 2 GB of data at a low price of $20/month.  It is one of the best deals around for service on the AT&T network although it is a VoIP based provider.  VoIP service is a turn off for some.

FreedomPop was also on the list last time for a similar plan.  Last time the plan only included 1 GB of data and operated on the Sprint network.  Again, there have been some big changes made since then.

Those of you interested in this popular FreedomPop plan should check out the company's penny SIM sale before it disappears.

The most viewed plan on T-Mobile's network comes from:

Mint SIM's $25 phone plan was quite a popular view, and it's no surprise why.  The plan comes with unlimited talk, text and data with the first 10 GB at 4G LTE speeds.  Just have a look at this T-Mobile MVNO list and you'll quickly see that nothing comes close in value to this offering from Mint SIM.  Of course Mint SIM's plan requires you to purchase service one year in advance to get such an astounding rate.  If you are willing to take on the investment, you'll get yourself one of the best all around deals on any network, period.

The most viewed plan on Sprint's network over the past 30 days comes from:

The plan that was listed for FreedomPop came with unlimited talk, text and 1 GB of data for $20.  The plan has actually been superseded by another offering which I suspect is something that has been available  for awhile, and something that I missed.  The new and improved offering features 2 GB of data for $13.99/month although it does require the purchase of a $29.99 phone from Huawei.  Subscribers must also purchase service 3 months in advance to get that rate.

The most viewed unlimited data plan comes from: ROK Mobile's unlimited data plan operates on the Sprint network and it includes unlimited talk, text and data with data prioritization applied after 20 GB of high speed data has been consumed in a month.  The plan also includes 24/7/365 roadside assistance.

Most Popular Data Only Plan

I just recently did a major edit of the data only plans page.  Data only plans consist of tablet and other device plans, as well as mobile hotspot plans.

The most popular data only plan comes from:

AT&T's $35 data only plan has been quite a hit with readers.  The reason is likely because it includes unlimited data!  It's virtually the only plan to do so.  Of course like any unlimited data plan, there is a data prioritization policy in place.  Anyone that uses more than 22 GB of high speed data in a month may see their speeds temporarily slowed down during times of heavy network traffic.  Before you get too excited about seeing an unlimited data plan available for $35/month, keep in mind that this one is for tablets only.

And there you have it!  The most popular plans of the last month.  It's been a long time coming!  What do you think about these popular plans?  Are you going to signup for one?