With 2016 now in the rear-view mirror it’s time to reflect back on the year as it pertained to the world of MVNO’s and no contract cellphone plan providers.

Welcome to the second annual BestMVNO.com end of the year MVNO and prepaid provider awards. RingPlus made a lot of changes in 2016, some for better and some for worse.  One such change was the addition of MMS picture messaging to all of their plans at no extra cost, a feature I had hoped to see them add going into 2016.  Previously the Sprint MVNO charged a small fee to send and receive MMS messages.

RingPlus also improved their call quality by adding new plans that were directly routed over the Sprint network as opposed to being first routed through RingPlus servers.  This change got rid of the call quality issues such as voice delay/latency that a lot of users complained about.  Unfortunately this change came at a cost.  During the transitional period RingPlus stopped accepting new activations and would not allow it's subscribers to change plans.  This lead many to believe the company would soon shut down, something that fortunately proved to be untrue.

Another unfortunate change RingPlus had to make during the year was to eliminate all of its older and legacy plans that were not directly routed over Sprint's network.  This was certainly disruptive to quite a few RingPlus subscribers who were forced to either switch to a potentially costlier new plan or switch carriers altogether.  On top of that, many subscribers were upset having signed up for and paid fees to subscribe to one of RingPlus's promotional plans only to see it canceled just weeks later.  Other subscribers found themselves without service when they didn't receive their notification from RingPlus stating that they had to change to a new plan or have their line get shut down.

RingPlus was forced to get rid of its legacy plans because it could not meet the demands of its sponsors who subsidize the cost of its low cost plans.  Lower subscriber growth than what was anticipated was the culprit.

Even with some negative publicity RingPlus has still been disruptive to the industry, although not in as large of a way as they had hoped.  The company is still frequently changing its plans and offering promotions that most other MVNO's simply can't compete with.  In fact, at the time of this writing through January 3rd, RingPlus is offering a promotional plan with unlimited talk, text and 10 GB of LTE data for just $35/month!  What separates RingPlus's promotional offerings from the competition is that when you sign up for one of their offerings, it is a permanent plan for you, unless you switch to another plan, or as we saw above RingPlus can't satisfy its sponsors.

Just like last year, the companies CEO Karl Seelig can be frequently spotted in the Ringplus Social forums announcing new plans and promotions himself while also listening to his companies subscribers for new ideas.  This high level of interaction between a CEO and his companies customers is something that is still not widespread in this industry or any other for that matter. There were hardly any MVNO launches in 2016, so the winner here is essentially by default, although that does not necessarily mean that it would be undeserving.  Mint SIM gets the award for the Best New MVNO.

Mint SIM is essentially a sub MVNO since it is powered by Ultra Mobile, which runs on the T-Mobile network.  The company offers plans that can be paid for by the month or many months in advance.  The more in advance that you pay, the better the deal that you get.  For instance, pay $35 monthly and you can get unlimited talk, text and data with the first 2 GB at high speeds.  Pay up front $69 for 3 months of service and you can get that plan at an average cost of $23/month.

On the Verizon network: 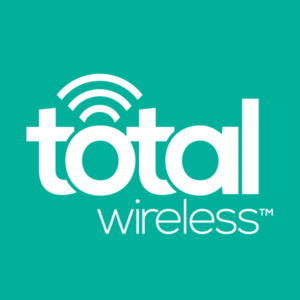 Pricing on Verizon based MVNO's has really improved in the past year, although there are still not as many options available as there are on some other networks.

Total Wireless is available at Walmart as well as through the Total Wireless retail site.  The company supports bring your own phone and also has select phones available for purchase for those that need it.

Like last year, Cricket Wireless gets the award for the best overall value on AT&T's network. The choice was a difficult one to make given that H2O Wireless plans compete favorably with Cricket and in some ways are even better.

With Cricket Wireless, $35/month with autopay enabled gets you unlimited talk, text and data with the first 2.5 GB at high speeds which are limited to 8 Mbps download. Like last year, this is still the most amount of data that you can get for $35 or less on AT&T's network excluding limited time promotional offerings.   Furthermore Cricket has a vast network of national retail stores and a good customer support system which helps to separate the brand from its rivals.

Runner Up: For just $1 more per month, or $36/month with autopay, AT&T network fans could also choose H2O Wireless.  This plan includes unlimited talk, text, data, international talk and text and the first 3 GB of data at high speed.  Unlike with Cricket Wireless, H2O Wireless's download speeds are not limited and will be about the same as service through AT&T directly.  I had to name H2O a runner up however due to their lack of retail stores and lower quality customer support system.  H2O is currently running a limited time promotion with this plan offering 8 GB of high speed data to new and current subscribers. 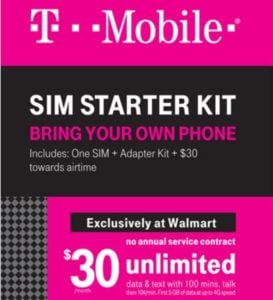 I said last year, that unless there was an industry shakeup or this plan disappeared, that T-Mobiles $30 prepaid plan would be a perennial top pick.  Just like last year, you still cannot find a prepaid plan offering more high speed data for less money, so this plan wins again.

T-Mobile's $30 prepaid plan, is still the plan that I use, and it includes 100 minutes of talk, with unlimited text, international texting, and unlimited data with the first 5 GB at LTE speeds.  The plan also includes T-Mobile's Music Freedom allowing you to stream audio from various streaming providers without having it count against your high speed data cap.  Binge On video compression is also included, although video streaming does count against your high speed data cap.   That feature is now reserved for plans with 6 GB of data or more.

T-Mobile’s $30 prepaid plan is available exclusively at Walmart and can be purchased with a SIM card included at a price of $34.82.  Potential subscribers can also signup for the plan via T-Mobile’s website.

Despite some of the issues described above that RingPlus experienced towards the end of the year, many of the plans that they offered were priced well below those of their competitors.  The constant barrage of promotional plans offered by RingPlus which included free plans such as the BLT plan with 4750 minutes, texts and MB of 4 G LTE data simply could not be matched by competitors.  If you signed up for service at the right time of the year, you really got yourself a deal.  Even with all the changes recently made by RingPlus their plans are still quite competitive helping them to earn this award.  Moving into 2017 though, it may be more difficult for them to retain the top spot in value.

So what do you think of this end of the year review?  Do you believe some different providers should have been named top value of 2016?