FreedomPop frequently runs promotions to entice new signups by offering great deals for a subscribers first month of phone service.  For the 4th of July the MVNO has re-launched what may be one of its best deals.  Starting at just $29.99 new subscribers can get unlimited talk and text with 7 GB of 4G LTE data.  The price includes shipping and the purchase of a phone.  There are other offers available as well and below you'll find the full details of each. 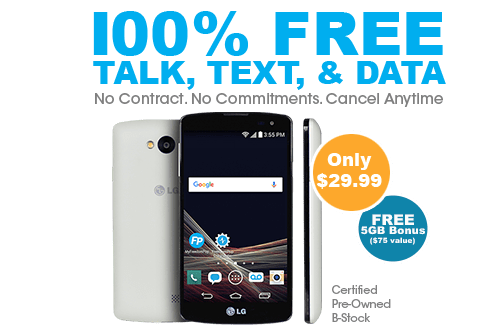 The first and headline deal requires the purchase of an LG Tribute LS660 priced at $29.99 with free shipping.  The LG Tribute is a Sprint device and so this deal is for service on the Sprint network.

The LG Tribute is an older phone that features the following:

With the purchase of the phone you'll get one month of cell phone service with the following features:

Get the LG LS660 at FreedomPop

This same offer of a free trial of phone service with 7 GB of data included is available with the purchase of several other phones.  The following phones may be purchased to take advantage of this offer:

To get one of these deals, head on over to FreedomPop.