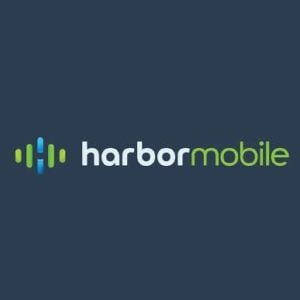 Harbor Mobile is no longer a T-Mobile reseller.  For at least a month the provider had stopped accepting new customers while their website said that they were undergoing maintenance and to check back for updates.

The prepaid provider originally offered plans that garnered a lot of interest for the great value they provided such as their $50 unlimited talk, text and data plan and their $30 2.5 GB data plan with unlimited talk and text.  A $15 data tablet plan was also offered. Being a T-Mobile reseller their plans also included Music Freedom and unlimited international 2G data coverage and texting.

Harbor Mobile's plans were targeted at business customers, and it looks like their new ATT Platinum Reseller service will be as well.  Pricing has not yet been released for the new plans but Harbor Mobile says on its Facebook page that you can expect to see them announced next week.  Harbor's website simply says check back on August 17th for updates, although over the past month they've listed several different check back for update dates.

Unfortunately, moving away from being a T-Mobile partner to an ATT partner means that Harbor Mobile's new plans are likely to be more expensive, however, nationwide coverage will be improved.  I'm expecting the new plans to mirror plans that ATT is currently offering but with better pricing.  This is exactly how Harbor Mobile operated as a T-Mobile reseller so I'm not expecting them to be any different as an ATT reseller.  Hopefully the new plans are announced on August 17th as the company says that they will be so that we don't have to speculate anymore on what will happen.

A current Harbor Mobile customer contacted me to tell me that Harbor Mobile notified them that they will get to keep their legacy plan and pricing once the new ATT plans go live.  I have not heard from the company myself to verify that, although the person who contacted me did send me a screen grab of their conversation with Harbor where Harbor stated they'll get to keep their legacy plan.