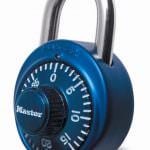 New unlocking procedures for cell phones, tablets and other devices will go into effect on February 11th, 2015 for the top 5 carriers in the USA.  Carriers involved include ATT, Sprint, T-Mobile, Verizon and U.S. Cellular.  Each carrier has voluntarily agreed to follow the guidelines put forth by CTIA (an international non profit organization that represents the wireless industry and speaks on behalf of all its members at all levels of government) in late 2013.

Rules and How to Unlock

Not all carriers have said specifically how they'll implement unlocking but Sprint has stepped up and said that once your device is eligible for unlocking, a message will be included within that months phone bill telling you your phone can be unlocked.  If you have a newer DSU device, it will automatically be unlocked when appropriate.  Regardless of carrier, if your device is flagged as lost or stolen, you will not be able to unlock it.